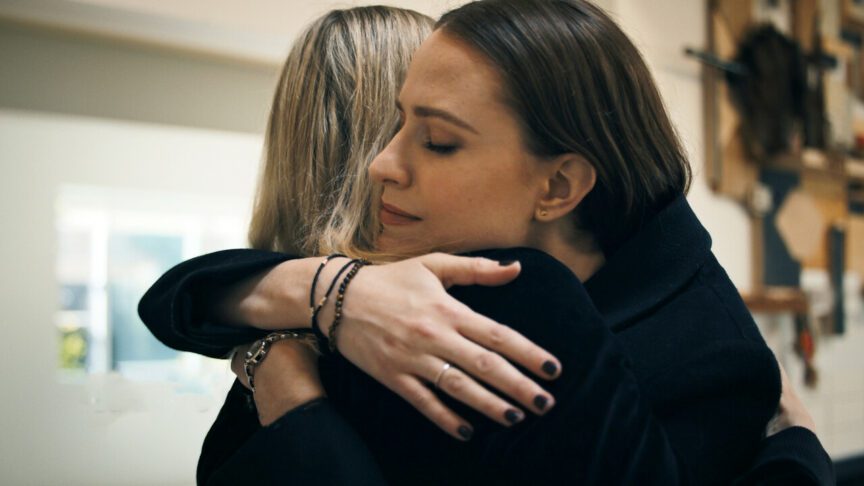 The brand new 2-part HBO documentary, Phoenix Rising is all about Evan Rachel Wood doing one of the most difficult things one could imagine for a woman – speaking out publicly about how you were groomed and physically and sexually abused, realizing full well that there will be a barrage of hateful personal attacks, victim blaming and even death threats for months to come.  Not to mention the exploitative and opportunistic press, which goes well beyond just the pony papers and tabloids. Thankfully it is also the story of how Wood advocated for The Phoenix Act to extend the statute of limitations in California for domestic violence felonies, and moved toward naming her alleged abuser for the first time – Marilyn Manson. 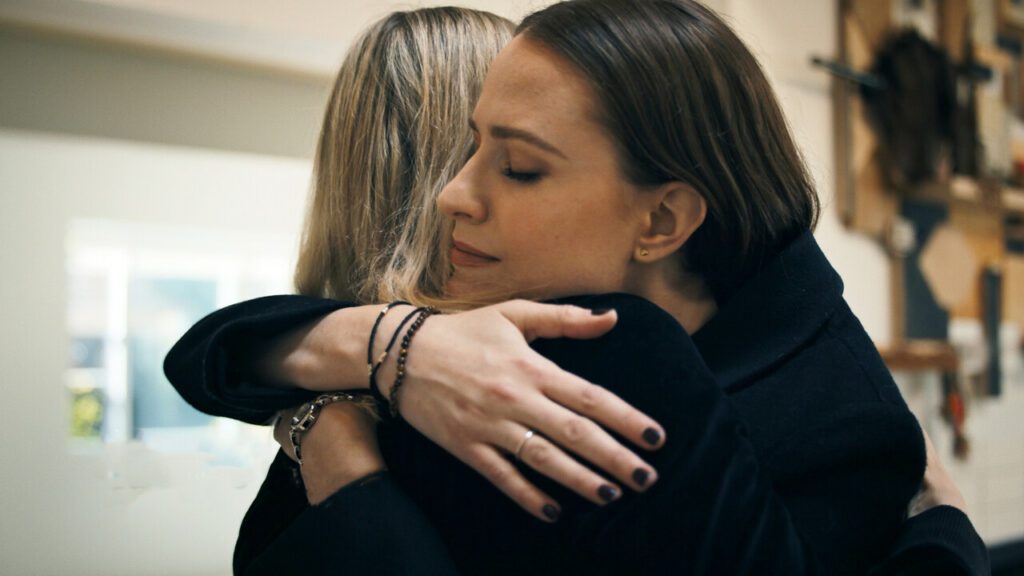 On the first of February 2021, Emmy-nominated Westworld star, Evan Rachel Wood posted the following on her Instagram account:

“The name of my abuser is Brian Warner, also known as Marilyn Manson. He started grooming me when I was a teenager and horrifically abused me for years. I was brainwashed and manipulated into submission. I am done living in fear of retaliation, slander, or blackmail. I am here to expose this dangerous man and call out the many industries that have enabled him, before he ruins any more lives. I stand with the many victims who will no longer be silent.”

It is a personal, harrowing exposé on abuse, tabloid complicity, and the long and painful process of healing. But it is also a too a familiar picture for victims and survivors of physical and sexual abuse. Just think of the kind of person the perpetrator has to be? Give the following some consideration – the term “Dark Triad” refers to a trio of negative personality traits which is made up of narcissism, Machiavellianism, and psychopathy which all share some common malevolent features.  It is a construct was coined by researchers Delroy L. Paulhus and Kevin M. Williams in 2002.  People with these character traits tend to be ruthless, callous and manipulative, willing to do or say whatever the fuck they have to, to have their way and to get away with whatever the please. They tend to have super inflated egos, are often shameless about self-promotion or self-adulation, while at the same hardly being self-ware. Individuals such as these are likely to act impulsively and are often likely to engage in dangerous behavior or activities, sometimes leading to criminal activities without a shred of remorse or a sense of accountability. An absolute disregard for anyone in their presence. You might need to look up a few of these terms, but this diagram might shed some light or maybe even raise a few red flags for you that you don’t recognise as red flags: 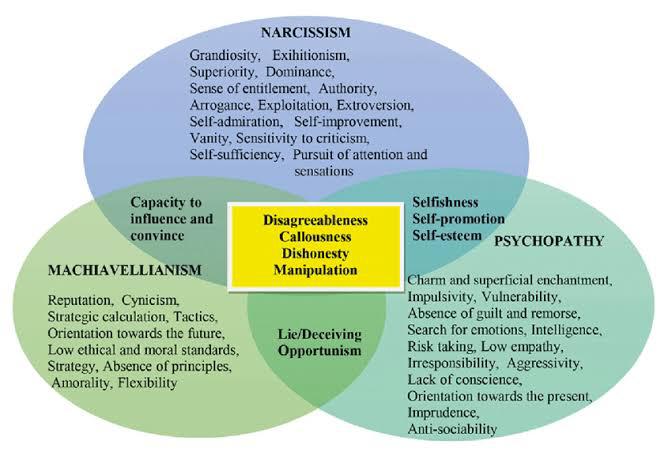 Billboard published a timeline of the multiple allegations against Marilyn Mason just last month. You  can check it out over here. Typically of these types of people, the first reaction won’t be remorse, an apology or the desire to be truly forgiven and owning up to their behavior or the damage that they’ve cause. Brian Warner (Manson) has since sued Wood for a conspiracy to publicly cast him as a rapist and abuser, which, he says, is a malicious falsehood that has derailed successful music, TV and film career. Throwing money at a problem in an attempt to make it go away, Sounds familiar, right? Just yesterday we talked about how Ninja and Yo-Landi  from Die Antwoord destroyed their adopted son’s childhood with gaslighting, abuse and neglect.  Similarly. Die Antwoord’s first line of defense is also denial, but unsurprisingly, birds of a feather do indeed flock together.  The predatory Die Antwoord and Marilyn Manson met through the same  manager, from Los Angeles, Tony Ciulla and Ninja contacted anyone that he could, telling them they were best friends with Manson, obviously to try and impress people and victims alike. Ninja even asked Manson to star in their incestious feature film, of which many scripts are floating around on the internet. 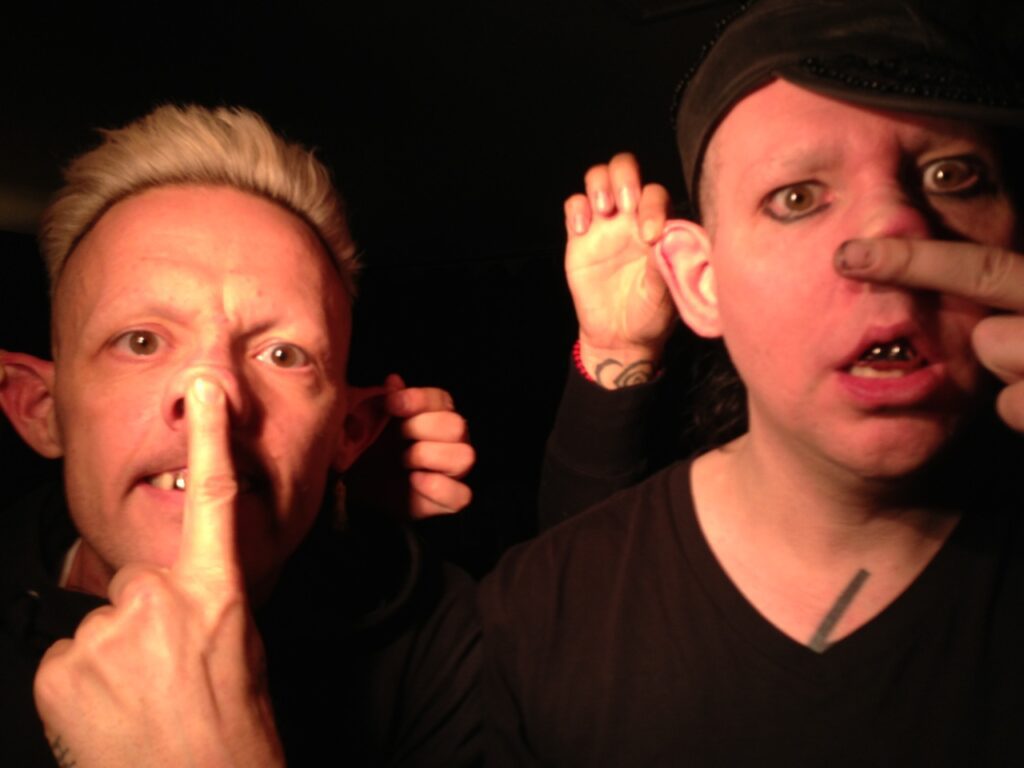 Similarly to Die Antwoord’s victims, Evan Rachel Wood was a lone voice and absolutely terrified to name Brian Warner as her abuser. He made it very clear that if she ever said anything, that he would come after him, the same way that Ninja paid adopted son Tokkie R5k and threatened him. Ninja was just dumb enough to make a very public video of the entire cringe act. Again, that lack of self-awareness. Warner said that he would “fuck up Evan Rachel’s whole family from the bottom up and he would start with her dad”.  In Phoenix Rising, she gets to do more than just name her abuser, because the subject matter gets put into a broader context. There isn’t a documentary out there on the Die Antwoord’s abuse yet, because ironically, they are busy “writing” the end to their own abusive story, but Phoenix Rising might as well be the same story with different actors and different events. The subject matter is all too familiar – the treatment she had been subjected to, the description of her symptoms, the ridicule – it is all there. All Evan Rachel Wood wants is for her perpetrator to be held accountable and to encourage others to come out from the darkness and tell their stories.

Phoenix Rising is 149 minutes that you absolutely have to watch and share.