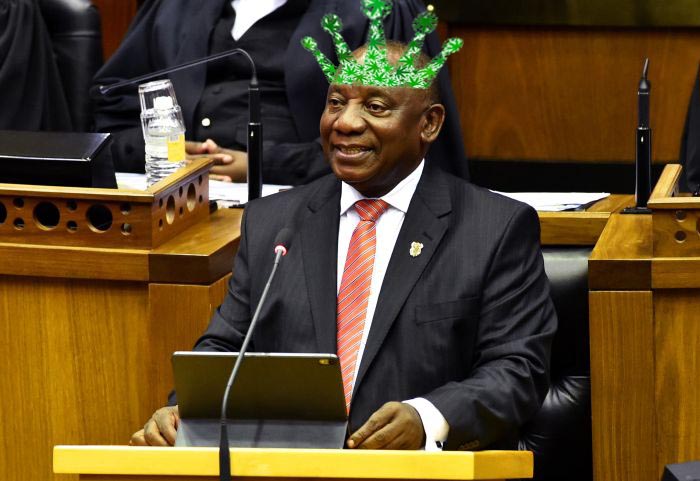 Most of you remember how befok lekker Valentine’s Day of 2018 was for South Africans. It was the day when Jacob ‘State Capture’ Zuma finally stepped down as president of South Africa under pressure from the ANC. Two Valentine’s Days later and we’re still not really off better. That oke caused so much damage to our country and economy that generations to come will still suffer the consequences.

There is thus little wonder that yesterday’s State Of the Nation Address was uninspiring. A lot of people wasted their time tuning into the SABC’s live stream of President Cyril Ramaphosa’s 2020 State Of The Nation address. Apart from the predictable lies and the usual unfulfilled prophecies, these are the bottom 10 moments from yesterday’s circus:

Here is a better top 10 list. Go stream some lekker stuff over the weekend! Our pick from the Plumlist:

Each week we take a number from 1 to 10 from our list of suggestions and put it through a randomizer to choose a trailer to show you. This week it landed on our number 7 spot, Untouchable: The Rise and Fall of Harvey Weinstein!

The inside story of the meteoric rise and monstrous fall of movie titan Harvey Weinstein, revealing how Weinstein acquired and deployed his formidable power over the course of decades. Former staffers, college friends and reporters acknowledge the visionary qualities and brilliance of the man, while reflecting upon his ruthless attempts to preserve his power as scandal threatened to engulf him. In candid, emotional, often harrowing testimony – with many accusers speaking on camera for the first time – the documentary examines both the method and the collateral damage of Weinstein’s alleged abuse.