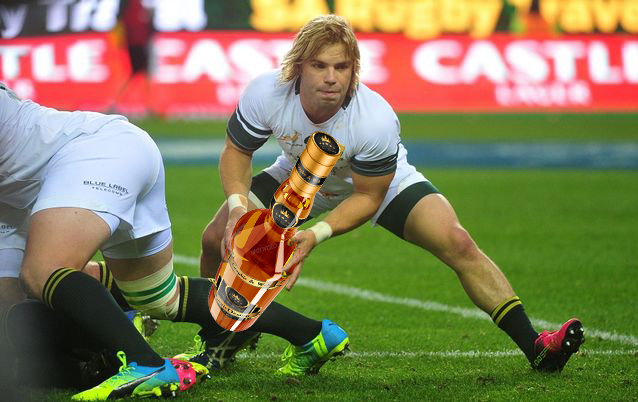 Kaptein Kortbroek knows a shitload more about rugby than most of us (especially me) and yesterday gave us his analysis and prediction for tomorrow’s game between the Bokke and the Souties. The odds are in England’s favour, but jirre, I am starting to get nervously optimistic about our chances. I actually truly believe that we will be able to deliver the goods. New Zealand just destroyed Wales and I am very thankful that we’re not playing against any of these two in the final, especially New Zealand. Fuck, the okes were dik hungry for each other! For third place! I don’t think we can expect the same level of action in tomorrow’s final because a lot of manne will suffer cardiac arrest. That doesn’t mean that it won’t be any less stressful. It are a final!!!

So I am going to feed that thing what pumps blood to my arteries some whisky tomorrow morning. You know, just for gees. Here is a thought, let’s sommer turn the final into a messy drinking game:

Head over to
the Plumlist once you’ve calmed down from the rugby you streamed and screamed. Here is our weekly top 10 to make your search for online streaming entertainment a little bit easier:

Each week we take a number from 1 to 10 from our list of suggestions and put it through a randomizer to choose a trailer to show you. This week it landed on our number 7 spot, Godfather of Harlem!

In the early 1960s, infamous crime boss, Bumpy Johnson returns from 10 years in prison to find the neighborhood he once ruled in shambles; with the streets controlled by the Italian mob, Bumpy must take on the Genovese crime family to regain control.

Forest Whitaker is the fokken man!