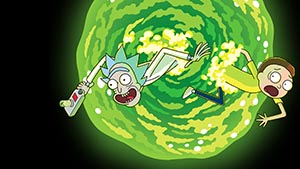 I saw it plastered all over the interweb the past week – Rick & Morty are coming back for more! And then it got me thinking about what a great influence cartoons still have on kids these days and how it helped shape us, growing up. Cartoons stretched our imaginations like bubblegum and they were probably the leaders in the infancy stages of special effects in the movie industry as we know it today. In a cartoon anything and everything is possible.

Growing up, I remember shows like Masters Of The Universe (or He-Man for short), The Real Ghostbusters, Gummy Bears, Brave Star (a fokken man-horse Texas Ranger? really?), Ducktales and Maya The Bee. On the not so obvious international-seem-local front we had some Afrikaans dubbed outjies like Dawie Die Kabouter, Pinocchio, Heidi, Brakanjan, Moomin, Nills Holgersohn, Tao Tao, Vicki Die Viking and Pokkel die Eekhoring. I can still hum every single theme song. With M-net coming into the picture with the big guns, we also had access to the likes of Inspector Gadget, Smurfs, Wacky Races and Teenage Mutant Ninja Turtles. NINJA, not fokken HERO! Do you know what other stuff was showing on M-Net late night? Ja, that’s why you have a younger brother or sister, boet. Excalibur, Red Shoe Diaries…

With the advent of DSTV when our voices broke, a new era was announced and as a delinquent semi grown-up, I think I missed out on an entire chunk of cartoons. I luckily  discovered Ren & Stimpy somehow,  but I have no idea what Sponge Bob Square Pants are about and Power Puff Girls and Dexter’s Lab seemed like different versions of the same thing, but like, Ken and Barbie versions for boys and girls. I feel like Adventure Island could also be placed here, but this is my biggest gap, so help me grow the list? I don’t even know what to call this era. Phineas & Pherb could perhaps also sleep in this box. What a great and imaginative little concept?

The one constant cartoon that stands out as the glue that held the last 30 years or so together, could perhaps be The Simpsons, but it kind went bland for me, which I’m kind of sad about. I was big into it as a laitie, but I think I might be more than six seasons behind. Is it worth catching up on it? I liked Futurama a fuck load better.

Matt Groening (with an astounding net worth of over $600mil) along with Mike Judge (Beavis & Butthead) probably laid the ground work for the more adult-orientated cartoons, which is where I find myself today: Bill Bur’s F is For Family is cleverly and hilariously cynical, Black Dynamite is an absolute ripper and a culture shift. South Park has been running second longest after The Simpsons (I think?) and they opened a completely different vortex of “what-the-fuckery”. There is just absolutely nothing in animation land that can even be half compared to it. Oh, and I am glad that Archer is still running – they keep changing things up and changing the worlds in which each series take place. Fine humor and brilliant, stupidly fucked-up story lines.

I felt it important to dedicate a little paragraph to Family Guy on it’s own: Family Guy can go fuck itself. It is unfunny, predictable, repetitive and actually kind of downright cunty and mean without being really clever. It is an art to be cunty and mean and clever at the same time, and Seth Macfarlane ain’t the guy to pull it off. Matt Stone and Trey Parker (South Park)? Yup, they’ve mastered it. They’re them guys.

And now I circle back to Rick & Morty as a fokken grown-ass man-child who have never spent a cent on cartoon-related merch. But I went and bought this ridiculous hood and top. You know, so I can look like a complete doos in public. A hungry doos who now has to live off bread and noodles: 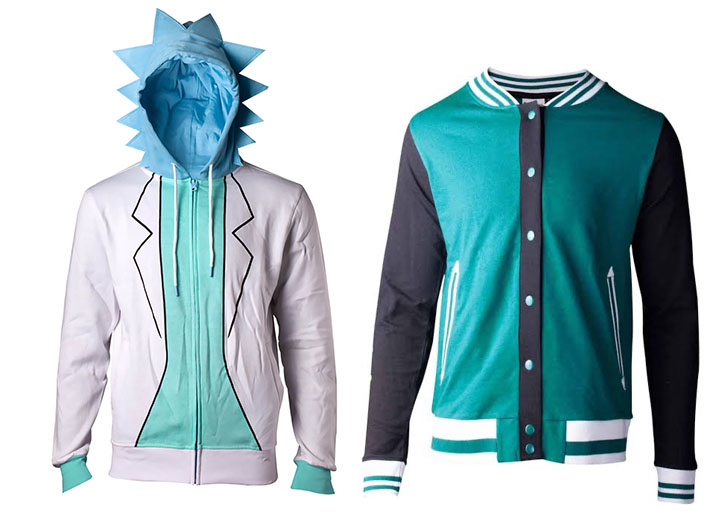 Feel free to share your cartoon hits and misses list with us. Maybe you’re a Family Guy kinda guy…

Each week we take a number from 1 to 10 from our list of suggestions and put it through a randomizer to choose a trailer to show you. This week it landed on our number 5 spot, Rick and Morty!

You need to understand how popular and important Rick & Morty are to just about everybody I know. This trailer was uploaded 11 days ago and it is sitting with just over 11million views. It has over half a million likes versus a measily 6k dislikes. That’s an overwhelming show of love and support for these characters. Remember how they fucked with us when they released the first episode of season 3 on Arpril Fools day two years ago? Everyone thought “Yay! Season 3, here we go!” They fucking made us wait another 3 months before the rest of the episodes started airing weekly.

But hey! Season 4 is on the way! We only have to wait until December!