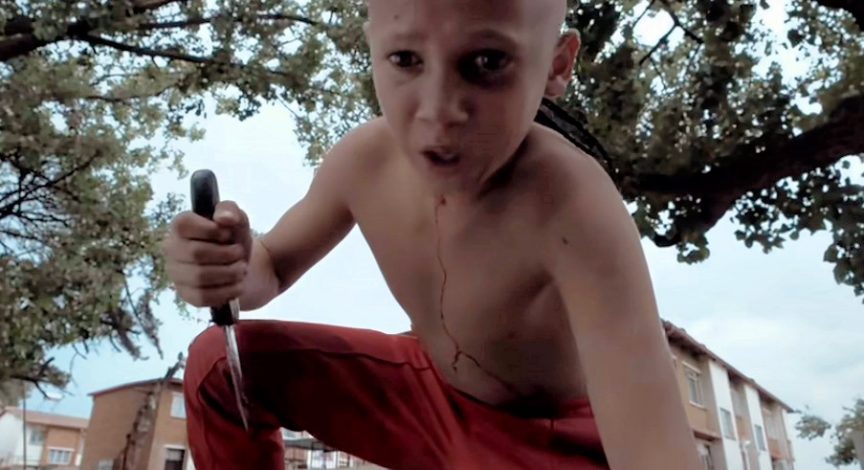 Unfortunately we have to publish another Die Antwoord article because shit just keeps falling out of that closet that they are trying to barricade. Their breadcrumb trail game is weak. As always, if you only rocked up to this shit show now, please go familiarize yourself with the unfolding events in the series of articles over here.

In the previous article I aired my opinion that Ninja & Yo-Landi adopted destitute children (Tokkie & Meisie) from a broken home as fashion accessories to fit in with their “zef” image. They also used these kids (biological brother and sister) to act in their latest music video, “Don’t Take me 4 a Poes” (don’t take me for a cunt) wherein Tokkie gets stabbed by another kid (Jemile). Not surprisingly there were still die hard fans defending Die Antwoord’s video, as well as the belief that the adopted kids were better off because Die Antwoord gave them a better life. The mind boggles…

I also mentioned that Ninja likes to blur the lines between reality and their art. This is super important and we will get back to it in a bit. First, you need to watch Edwin Costa’s unpacking of recent events and Die Antwoord’s pathetic baiting efforts, trying to convince their fan base that all is good in the hood and that they are dealing with a serious case of clout chasers and fame seekers. Edwin has been doing a very thorough job so far, putting things into perspective:

From one of Yo-Landi’s clips (posted to Instagram) in Edwin’s video above, you will see Yo-Landi asking her friend Flash, if she is OK and “what about all the rape and torture?” again making a joke of the whole Zheani situation. Right next to Flash, Yo-Landi’s other friend, Kim Possible also joins in on the laughter. Flash also says “I’m so tortured in my Gucci. My new Gucci robe.” 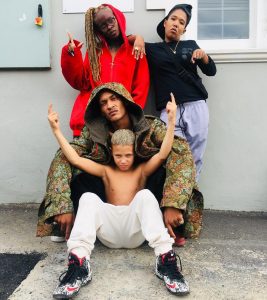 Die Antwoord likes to create and keep their own little family together. And they build up their little family with broken, troubled people with complicated pasts, because Ninja and Yo-Landi sit with all the Gucci swag and the money and the house in Joburg and the overseas trips and the pad in Cape Town. And once you cross them, they simply take all that shit away and you’re that broken, desperate person, once again. Like a housewife who’s husband over the years never allowed her to study, have friends or build a career and has no will made out to her in case he dies. The “I eventually got out from under Die Antwoord”-stories will surface at some point.

Unfortunately we first have to get back to this terribly written song but well-shot and edited video of Die Antwoord (they really did a stellar job on the visuals). It features G Boy (who’s, career will probably be tanked by Die Antwoord before it takes off) and almost all of the members of their little broken family:  Ninja, G Boy, Jemile, Tokkie, Flash and Meisie, Directed by Yo-Landi (which probably means Ninja was taking over and controlling it most of the time). Flash (who is actually a back-up dancer for Die Antwoord) is credited with doing hair for the production. It might also refer to her braiding Meisie’s hair in the video towards the end. Kim Posibill isn’t credited in this video but from what I’ve come to know recently, she get’s all the credit for finding and hiring real life gangsters from the Cape Flats as Die Antwoord’s crew, protection  and circus-like entourage. Ironically, Ninja then hires security to protect him from the hired gangsters. But that’s probably run-of-the-mill Buddhist-gangster-vegan-warlock-rapper behavior, I guess…
*UPDATE*
Die Antwoord have subsequently removed the music video for “Please Don’t Take Me For a Poes” but we’ve found a re-upload version*

Who is missing from the family and the video? Let’s see… Oh, yeah. Tokkie’s brother older brother, Drie (Ardrie). We were wondering about him a few articles back…

A little update then – Apparently he was also living in the Joburg house for a bit, but then he got stabbed in April of 2017. By none other than…

…his younger brother, Tokkie! Now I am guessing that Tokkie’s brother, Drie, tried to steal his chain or his phone or simply just called him a poes. Kind of like Tokkie stole Jamile’s chain in the Don’t Take me 4 a Poes video. And that brings us back to Die Antwoord’s blurring of their “art” with reality: Ninja is known for being accused of appropriating culture and stealing or borrowing from people’s life stories to use in their music. It is all over the interweb. You don’t have to search far and wide. Now he has taken this horrible stabbing incident which involves Tokkie (a minor) in their own house in Johannesburg and turned it into money. It simply can’t just be a coincidence, can it? I suppose to the real staunch Die Antwoord fan it is the biggest coincidence ever. According to a second source who independently (via a voice note to me) confirmed the story from the first source, it was a pretty hectic mess and Drie had to be taken to hospital. How many times was he stabbed? Will the hospital report match up with the visuals of the music video? 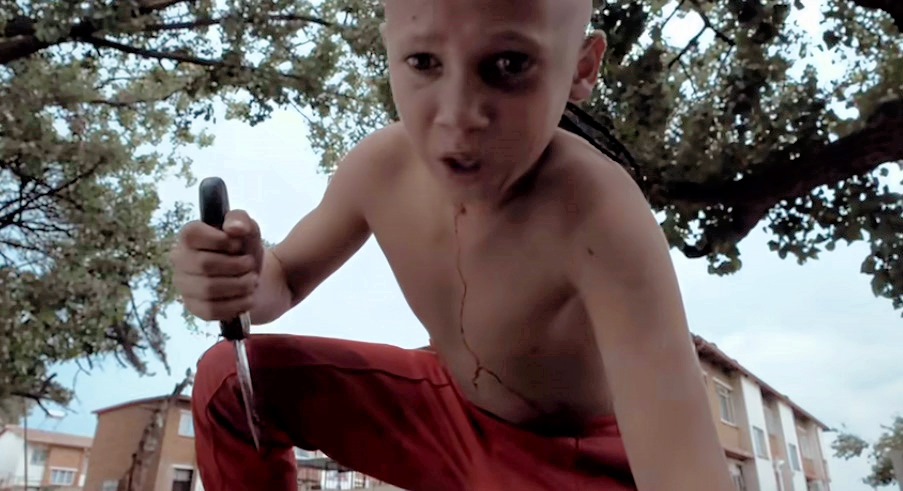 But that’s not even the the worst part. Because of this stabbing incident, Tokkie was dropped off  back in his original, troubled and poor neighborhood of Fietas. The place where he was adopted from. Or as the die hard fans believe – the shitty life he was heroically rescued from by Ninja & Y0-Landi. He was left there for a while. Go look at the Instagram or social media gaps to see for how long he was gone from their lives. Let me fill you in on something if it isn’t glaringly obvious already: children aren’t broken toys which you can just take back to the fucking charity shop and children aren’t dogs which you can just take back to the fucking shelter because of bad behavior. But hey, if the kids are adopted and you are Ninja and Yo-Landi, those rules don’t apply to you, it seems. It is not a crime to be a cunt or a shitty person, but in the case of being a shitty person or a cunt to an adopted child, the South African law might have something different to say. Please tell me if you find something to the contrary inside the South African Children’s Act 38 of 2005

So let’s once again saddle up that old boring horse of WHERE IS ALL YOUR PROOF AND WHY DON’T YOU GO THE POLICE?

In Ninja’s own words:

Share dit faktap
griffinDie Antwoord – is it art or was there a real stabbing?06.24.2019