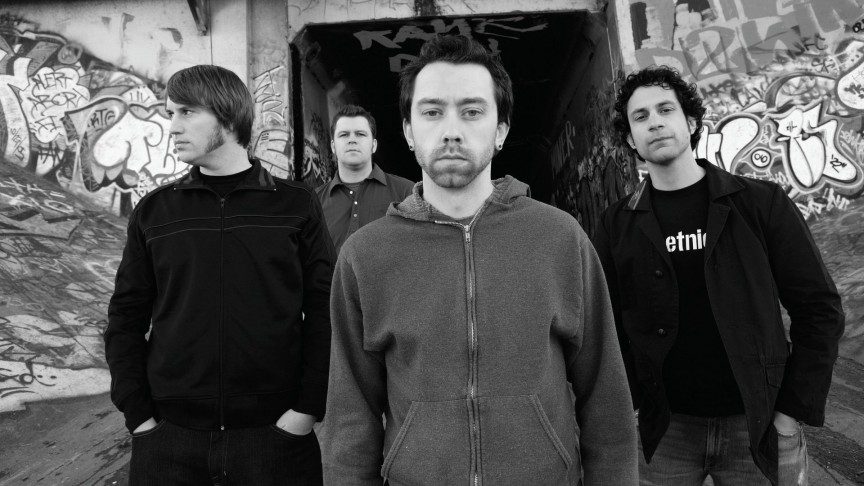 Rise Against launched their brand new album The Black Market recently and we had the opportunity to catch up with Tim McIlrath, lead singer, rhythm guitarist and songwriter for the band. Having met them at RAMfest in South Africa in 2013, Tim was nice enough to call us from Chicago to answer some questions.

griff: Last time we spoke was in South Africa at RAMfest in 2013. Just over a year ago.
Tim: Yeah, that has been a blast and the show was amazing. That trip was amazing. We had a really good time. 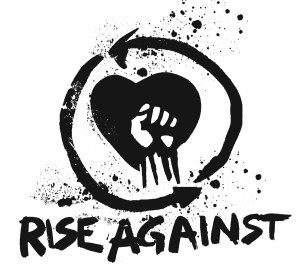 griff: The strange thing is that we rarely get the opportunity to talk to bands again after they’ve left our shores for the first time. Retro spectively, what from South Africa stood out for you most?
Tim: The people. Everyone was so warm and receptive. Everybody just wanted to show us the country and show us the food and the culture, the scenery and the landscape. All of that.We had a really good time. We consider ourselves seasoned travelers. You know, we’ve been around the world but South Africa was the first for all of us. It was an exciting thing and I think we kind of got addicted to it.

griff: It is not always financially viable to tour countries like ours, but would you come back?
Tim: I think it was? I don’t remember, haha! I would come back even if it wasn’t financially viable. We just had a lot of fun. I’d come back and I know the rest of the guys would too.

griff: You guys are now on your seventh studio album. How has the writing process changed (if at all) in between Endgame and The Black Market?
Tim: Yeah, that’s a good question. This album we did a little bit differently. Normally we get together for like just a month straight and every day it is just kind of: get into a rehearsal space or studio and its just writing. This time in stead of just doing that, we spaced it out. We would like get together for seven days at a time, write a lot of stuff in those seven days in a different city around the country and then we would just disappear for a couple of weeks and then hook back up in a different city several weeks later. And we did it like four times last Fall – once in Santa Monica at the Red Bull studio, once in Texas where our guitar player lives, once here in Chicago where me and Joe live and once out in Colorado as well. Just kind of getting together every couple of weeks with some different ideas until we had about 25 songs.

griff: So spread out time-wise and geographically? Interesting.
Tim: Yeah just to do something a little different you know? And a little change of scenery. Our guitar player lives in Texas, our drummer lives in Colorado. So we went to them and not make them travel. It was a way to go to everyone’s homes but then also to get of our own homes and not have the distractions of your home town. 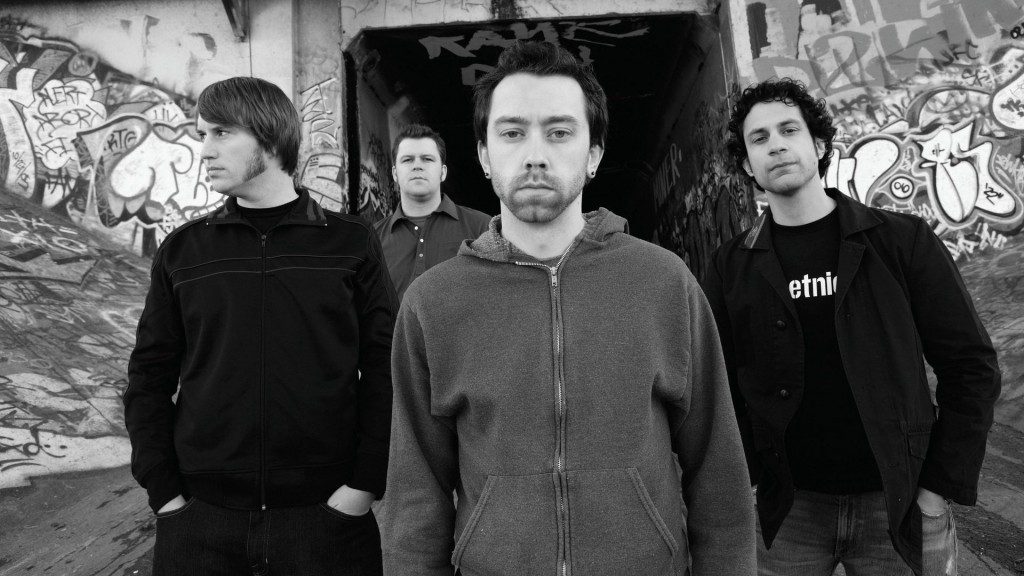 griff: Technology moves very fast. What do you reckon has sort of been “discovered” between the last album and now?
Tim: Well I think in the writing process it is funny. We’re still… Rise Against is still very anti-technology and not so much as a stance as our complete ignorance on how to use it, haha! It is not an ethical thing. We’re just very bad at computers and ProTools. You know, every band has that one guy who has like, the studio… We don’t have that guy! That guy is not in Rise Against. We’re just four guys you know, plug in our guitars and set up our drums and just look at each other and just play songs like we did it in our teens in the nineties.

griff: Hahha, ja.
Tim: But then of course we get to the studio – of course they’re always on the cutting edge of all kinds of stuff. We use a lot of the Evertune guitars and there is this new bridge they put on guitars which keeps the guitar in tune better so you can spend more time writing and creating. We use these Kemper amplifiers which can emulate any kind of amplifier sound. We use this thing called “the clamp” which helps recording digitally to analog so you can use analog again. So we use these different things to give it a different feel.

griff: I Don’t Want To Be Here Anymore was at number 8 on the iTunes chart the first week. I take it that is your “flagship song” if I can call it that. How do you choose which song is the first single to be released and how do you figure out where it goes into the track listing?
Tim: Right… good question. Uhm… I never weigh into that conversation, I’ll be honest. I am so close to all the songs. I love them all and I don’t care which one is like the gateway drug that gets you into Rise Against. I’ll trust their opinion. We also had a big single called Savior couple of records ago and that was one of the songs that, when I listened to the record, I voted  to take it off the record and afterwards it became successful. Now nobody trusts me to make those decisions at all. So I kind of butt out. The sequencing is also important to us. People don’t buy records any more…

griff: And with stuff like iTunes? It still goes in that order?
Tim: Yeah it still goes in the order that we decide. I’m not sure if people listen to the order anymore but it is still important to us. Maybe we’re just old school in that way. Joe’s been really good at sequencing our records. You can always hear that, we usually trust him.

griff: Back to I Don’t Want To Be Here Anymore – it comes across defeatist and depressing. What do you make of the song, and having written it  – the message still comes across – but what do you make of it?
Tim: The title has that negative perception. To me the song is positive in the sense that it is like a wake-up call – that moment when you’re like “I don’t wanna do this” – that realization you’re in a place mentally or physically that you no longer wanna be. Where you wanna escape from and your life starts at that moment. It is that moment where you don’t know where it is that you want to be. You don’t have the answers, the questions – you just took the first step

griff: Like a murky sense of clarity?
Tim: Exactly! And to me that’s the song. That’s the wake-up call. So to me it has some silver lining, some positivity to it. 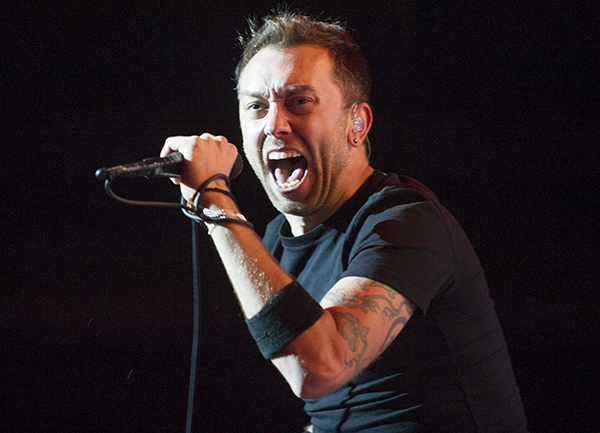 griff: You also end off the song with a quote from Martin Luther King: “The arc of the moral universe is long, but it bends towards justice”, Do you think that moral arc is getting longer and longer? Is it getting better?
Tim: I don’t think it is getting longer. Maybe it is because I get go out there and play shows and so many fans inspire me and give me hope. The next generation of kids who care about the environment, who are pro-gay marriage, who don’t give a shit about what side of the fence you are on. You lost these things that are changing with the next generation. They’re already happening and as people are getting older and growing up you have a lot of these issues that… you know, nobody from my generation debates climate science, know what I mean?

griff: So following onto that – what do you make of what is going on in Palestine and Israel?
Tim: We’ve all been seeing this story transpire and it is really sad. There needs to be a few wake-up calls in America in terms of our support. I think there needs to be differentiation between what freedom fighters are and what terrorists are, what people do when they’re backed into a corner. The violence there isn’t black and white or bad guys and good guys. It is a lot more complicated than that and I feel like we need to take step back and look at that. Other than that there are too many geopolitical allies involved in this conflict. There are people in this conflict as well and when you bomb without impunity, you’ll keep bombing away. It is sad and unfortunately kind of a tale of our times and how war perpetuates and is still very much a real thing…

Share dit faktap
griffin“South Africa was exciting thing and I think we kind of got addicted to it.” – Wat Kyk Jy? interviews Rise Against08.06.2014