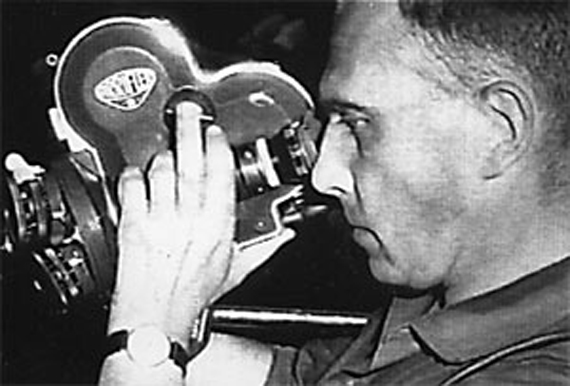 This is the story of a man marked by an image from his childhood. The violent scene, whose meaning he would not grasp until much later, took place on the great jetty at Orly, a few years before the start of the Third World War.

On Sundays, parents bring their children to watch the planes… Of this Sunday, the child of this story would remember the frozen sun, the scene at the end of the jetty. Moments to remember are just like other moments. They are only made memorable by the scars they leave. The face he had seen was to be the only peacetime image to survive the war. Had he really seen it? Or had he invented the tender gesture to shield him from the madness to come? The sudden noise, the woman's gesture, the crumpling body, the cries of the crowd. Later, he knew he had seen a man die.

And sometime later, Paris was destroyed. Many died. Some thought they had won. Others were taken prisoner. The survivors settled underground. Above ground, Paris and no doubt most of the world was uninhabitable, riddled with radioactivity. The victors stood guard over an empire of rats. The prisoners were subjected to experiments apparently of great concern to the experimentors. Afterwards, the latter were disappointed–the others were dead, or went mad.

One day, from among the prisoners, they selected the man whose story this is. He had heard about the Director. He expected to meet the mad scientist, a Dr. Frankenstein. Instead, he found a gentle man who calmly explained that the human race was cut off from space, and the only hope for survival lay in time, a hole in time through which to send food, energy, supplies. The aim of the experiments was to send an emissary into time to summon the past and future to the aid of the present. But the mind balked at the idea. To awaken in another age was to be born again, fully grown. The shock was too great. So, having failed repeatedly, the experimentors began selecting subjects given to strong mental images. Having a memory of a certain time, they might be able to reinhabit it. This man was chosen because of his obsession with an image from the past.

At first he is simply ejected from the present and its certainties. They begin again. He does not die. He does not go mad. He suffers. They continue. On the tenth day, images begin to appear, like confessions. A morning in peacetime. A bedroom in peacetime–a real bedroom, real children, real birds, real cats, real graves.

On the sixteenth day, he is on the jetty. Empty. Sometimes he recaptures a happy day, but different; a happy face, but different; ruins; a girl who might be the one he seeks. He passes her on the jetty. She smiles at him from an automobile. Other images appear, merge, in that museum which is, perhaps, his memory.

On the thirtieth day, the meeting takes place. He is sure he recognizes her. It is the only thing he is sure of in this world whose richness amazes him. Fabulous materials everywhere–glass, plastic, velvet. When he recovers from his trance, the woman is gone.

The experimentors tighten their controls and send him back on the trail. Time flows by again, the moment returns. This time, he is close to her, speaks to her. She welcomes him without surprise. They are without plans, without memories. Time builds up around them, their only landmarks the flavor of the moment and the markings on the walls. Later, they are in a garden. He remembers that there once were gardens. She asks about his medallion–the dog tags he wore in the war which is yet to come. He invents an explanation. They stop at a tree trunk, covered with historic dates. She mentions an unknown name. As in a dream, he points beyond the tree and hears himself saying "that is where I come from," and he fall back, exhausted.

Another wave of time washes over him, the result of another injection perhaps. This time she is asleep in the sun. He thinks that, in the time it has taken him to return to her world, she may have died. She awakens, and again he talks to her. The truth being too fantastic to believe, he tells only the essentials–a distant contry, a long journey. She listens, not mocking him. Is it still the same day? He no longer knows. During endless walks they will take, a deep unspoken trust will grow between them, until he senses before them a wall.

This was the first of a series of experiments in which he would meet her at different times. Sometimes he finds her in front of their markings. She welcomes him happily. She calls him her ghost. One day she seems frightened. Another day she leans toward him. He is never sure whether he seeks her out or is sent, whether he invents or dreams.

On about the fiftieth day, they meet in a museum filled with eternal creatures. By now, the technique has been perfected. Aimed at a given moment in time, he can live there and move about freely. She too seems used to it. She accepts the behavior of this visitor who comes and goes, exists, speaks, laughs with her, is silent, listens, disappears.

Back once more in the laboratory, he sensed a change. The camp Director was there. From the conversation he gathered that after the success of his trips into the past they want him to go into the future. Excited by this idea, he did not realize that the meeting in the museum had been the last.

The future was better protected than the past. After even more exhausting efforts, he made contact with the world of the future–a world tranformed; Paris rebuilt; then thousand unknown avenues. Other men awaited him. Clearly they rejected his leftovers from another age. He recited his lesson: since mankind had survived, surely it could not deny assistance to its own past. This sophism was accepted as Destiny in disguise. He was given a power supply strong enough to start the world's industry, then again the doors to the future closed.

Soon after his return, he was sent to another part of the camp. He knew they would not spare him. He had been a tool in their hands. His childhood memory had been the bait. He had played his part, and now they would liquidate him, together with his memory of a time twice-lived. Then, deep within him, he received a message from the men of the future. They too travelled in time, more easily. They invite him into their world. But he asked for something else. Rejecting their tranquillized future, he asked that they return him to the world of his childhood, and the woman who perhaps awaited him.

Back on the jetty at orly, on this hot Sunday before the war, where he could now stay, he realized that the child he had once been must be there too, watching the planes. But first he looked for the woman's face, at the end of the jetty. He ran towards her. But when he saw the man from the underground camp he realized that one cannot escape time, and that this haunted moment, given him to see as a child, was the moment of his own death.