A day before this supergroup of blue-blooded rock royalty unleashed chaos in Cape Town, we got to hear their thoughts on the state of rock, sacrificing virgins, drinking tea, raising hell and learning to play Led Zeppelin songs.

Speaking of records, it's still unclear whether Kings of Chaos will be recording anything ever, or if something is indeed in the pipeline. Says Glenn: "The premise is that we're eventually going to record." but it does not seem as if anything is penned yet or if it will be a collection of covers, much like their show. For now, the Kings remain a live show and a damn fuckin' good one at that. (Read our review – in Afrikaans)

So why form the Kings? "It's about playing great rock 'n roll with a bunch of really good friends," according to Matt and the mutual respect and fellowship is apparent throughout the press conference. Band members are laid back, completely at ease and quite happy to crack jokes at the others' expense. No sign of egos or pressure. In other words, nothing like an Oasis band meeting.

And that's the beauty of a format like the Kings of Chaos. These artists have already done it all: they've come up through the ranks of rock, they've hustled, lived the lifestyle, brought out massive records, toured the world and been to rehab and back. (Fuck, some have been to the gates of hell and back. Literally.) 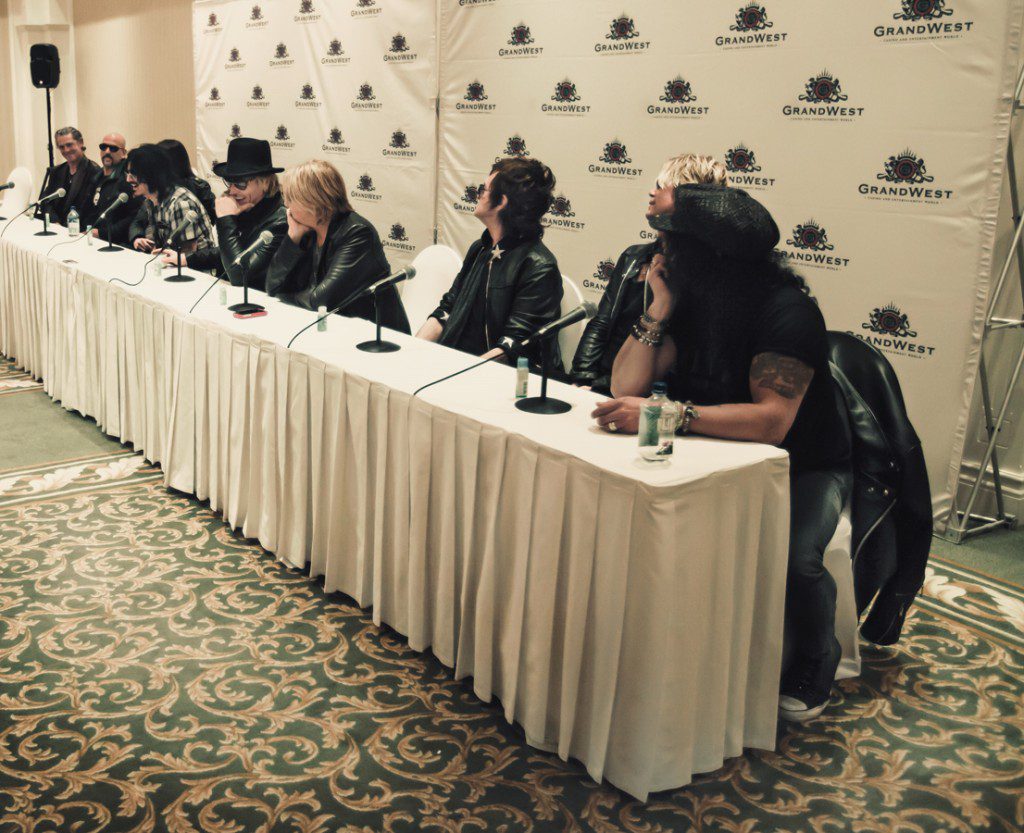 There's nothing to prove in Kings of Chaos, no number one selling single to chase. Everyone has already been there, done everything and lost the t-shirt to a hot groupie they banged somewhere in the nineties. Forget the image, the drugs, the pretense. It's about making music, performing live and having an incredible amount of fun while doing it.

So just how does one go about compiling a setlist from all these impressive band catalogues? Says Matt: "I kind of was in charge of that and I just picked what I felt was the greatest songs of each band. The music is really great for all of us because it's still an education as musicians. To play other bands' songs like Def Leppard and Deep Purple and Collective Soul; it's all stylistically a little bit different so it's a good education for us to get us out of our comfort zones and play other styles. It's really fun and exciting for all of us."

Turning to the latest music the Kings are listening to themselves, some unexpected answers come to light like Flux Pavilion (by SLASH), Die Antwoord (by Myles Kennedy) and Vampire Weekend (by Ed Roland). Of course, there were also some of the not-so-surprising ones like the Black Keys (by Gilby), Rival Sons (by Glenn) and SLASH's last record "Apocalyptic Love" (by Joe). 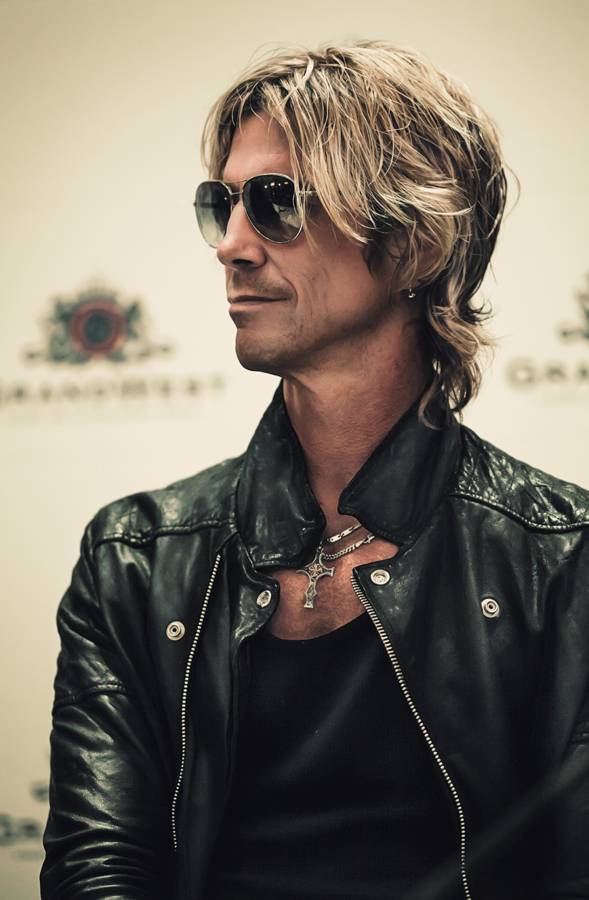 As much as these legendary musicians are part of rock history, they were also formed by it. References to the Stones (a couple of times), the Beatles, the Yardbirds and Led Zeppelin pop up in casual conversation while Joe Elliot also throws in some older obscurities like Bill Nelson and even South African rockers, Rabbitt.

Says Matt: "I've always loved Deep Purple and I used to listen to the "Burn" album over and over again. Now I am playing that song with Glenn, who is my hero. It kind of blows my mind. "

Myles Kennedy, the newest kid on the block, echoes the same sentiment: "I remember when I was a kid and I couldn't get tickets to see a sold-out Def Leppard show, so to get to actually be up on stage with these guys, it's just such an honour." 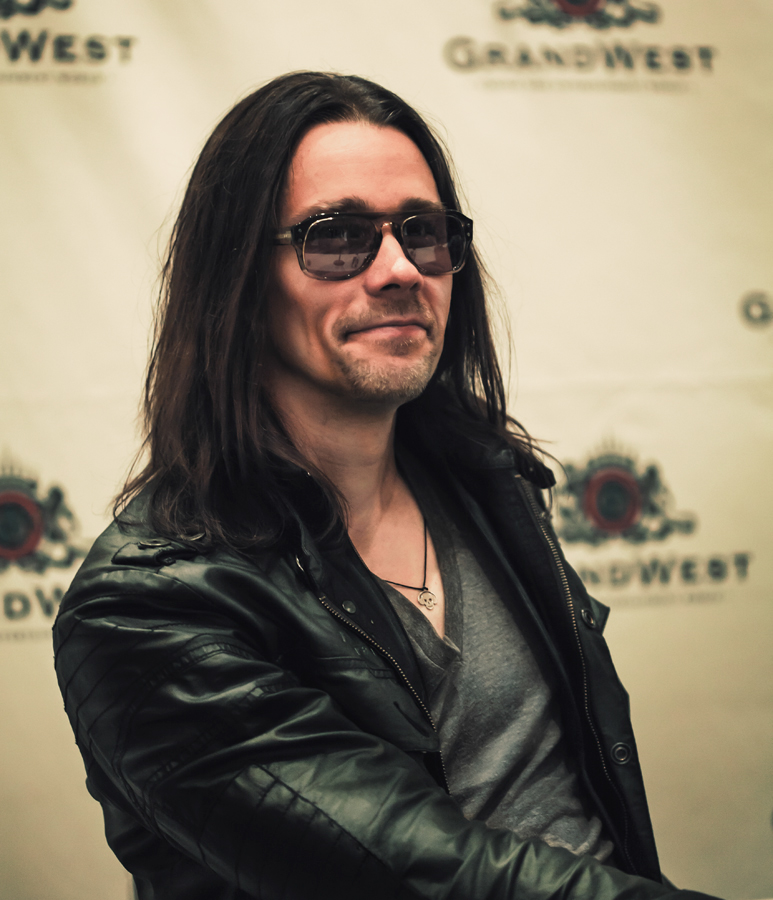 Taking a couple of seconds to gather the memory, SLASH reveals that "Tangerine" by Led Zeppelin was the first complete song he learnt to play. Also that he really rates the Mick Taylor solo in "Can't You Hear Me Knockin'?" by the Rolling Stones, although it would be "impossible" to choose any one solo as his favourite of all time. Just too many good ones. We agree. Fully. 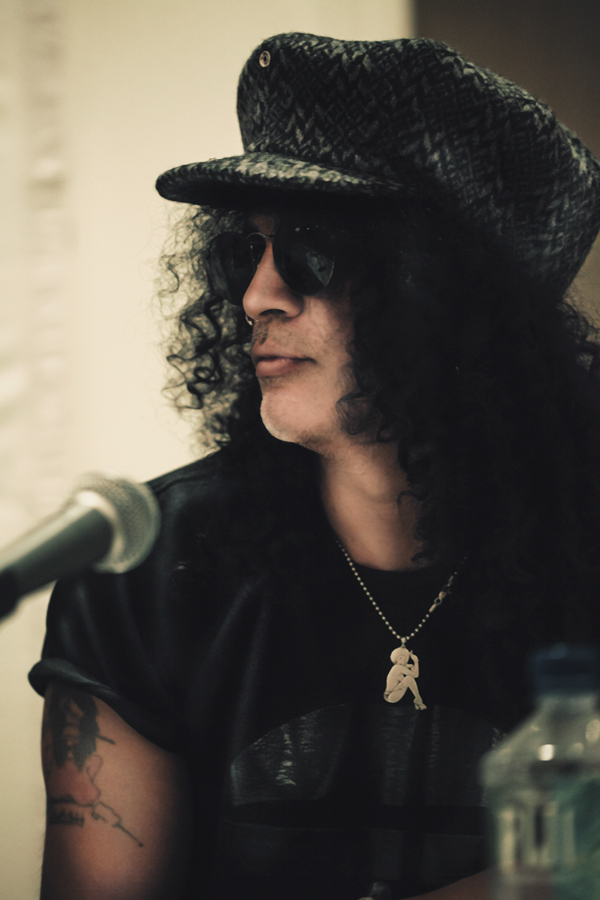 Being rockers of a slightly more mature profile has definitely changed the lifestyles (but also the perspectives) of the artists significantly. As Joe puts it: "We've all stopped doing everything pretty much, except the music because that is the primary most important thing in our lives."

"Yeah," quips Glenn. "There's a lot of tea drinking going on, I'll tell you that."

Asked to give advice to younger rockers out there, Glenn then slays the room with: "Form a bond with your bandmate. Look them in the eye and have coffee. Secondly, do not shag any bandmates' wives. Trust me, not good."

Continues Joe: "I think sex, drugs and rock 'n roll is all the wrong way around. Rock and roll has to come first otherwise you don't get the sex or the drugs."

Immediately this comment makes me think of Keith Richards' memoir, "Life". As fans, we often define rockers in terms of their devil-may-care attitudes, their wild lifestyles, their addictions and other vices while perhaps losing sight that for the enduring legends, music is always the lifeblood, the one thing that keeps them going.

Keith's book definitely set me straight on that one. Despite the excess, despite the trappings of fame, the women, the controversy, it takes a massive amount of talent, razor sharp focus, the right band chemistry and shitloads of hard fuckin' work to achieve what these guys do. "Like AC/DC says: It's a long way to the top if you wanna rock and roll."

Joe agrees, while at the same time dispelling the myth of pre-show debauchery: "It's enjoyable work, but it's work. The Hollywood myth is that you just turn up two minutes before you go on, cigarette in mouth, bottle of Jack Daniel's in hand and walk on stage. Certain bands actually do do that, but for the rest of us mere mortals you gotta do a little bit of warming up."

(I have to add that this came after first joking that sacrificing virgins is the only real pre-show ritual engaged in. Seems we were lied to all these years. Not true. Sorry, but look on the bright side, more virgins stay alive for the show!) 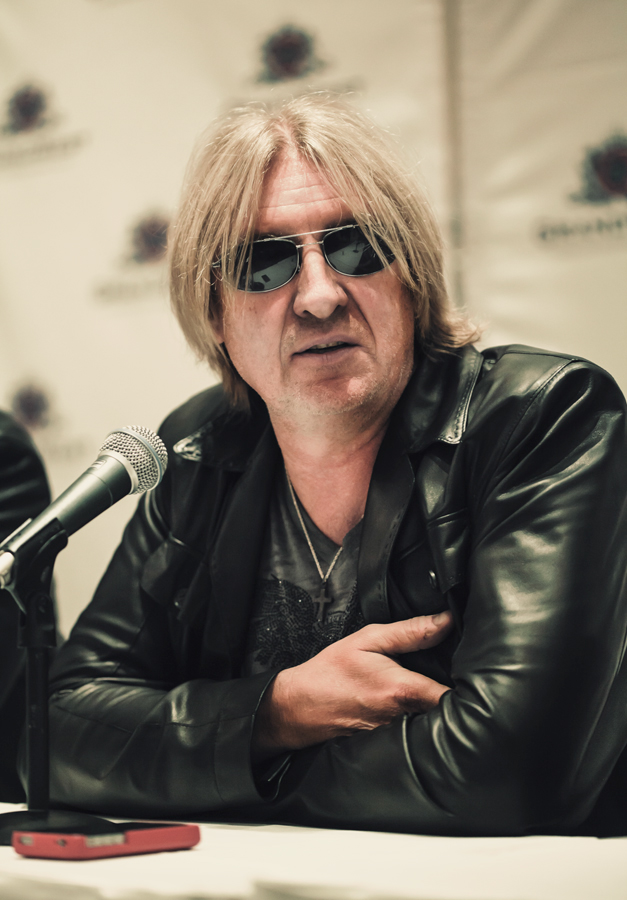 Before we start thinking our heroes have gone all soft, Gilby coolly reveals that his hobby is building vintage motorcycles for roadtripping around America. Not to be outdone, Joe mentions his radio show on Planet Rock where he "gets to share his iPod with the world." Duff talks about writing for Rolling Stone magazine. Order is restored.

In spite of being exceedingly jetlagged, the band expresses visible excitement about visiting South Africa. Says Duff: "It's an amazing honour to travel to these exotic places. This is exotic for me. I've never been to South Africa before and it's really an honour to be here and people actually show up to watch you play music. You know, whatever it is, 15 000 miles away from home, it's pretty fucking cool. We're pretty fucking happy."

Catch the Kings of Chaos on Saturday 15 June or Sunday 16 June at the Superbowl in Sun City. 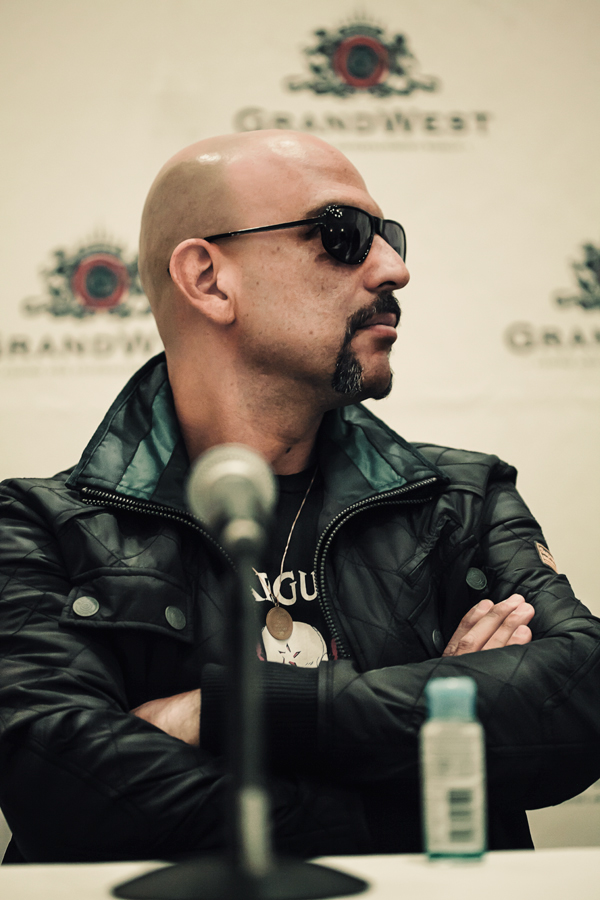 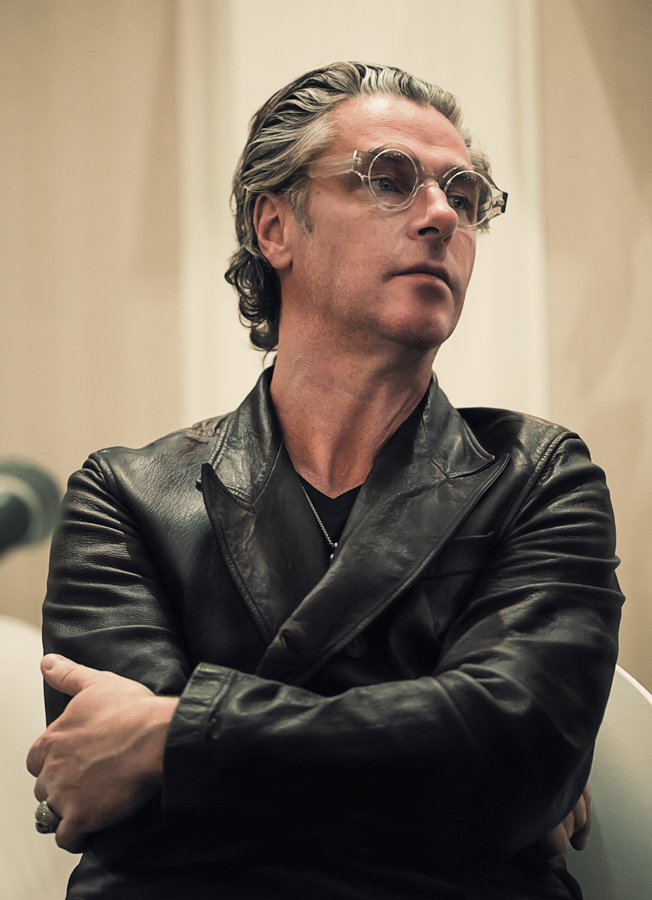 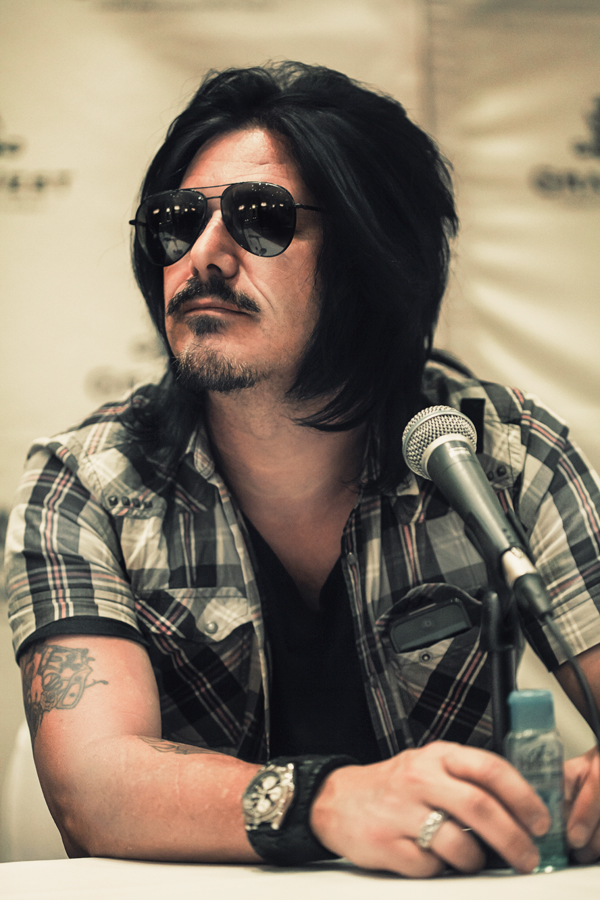 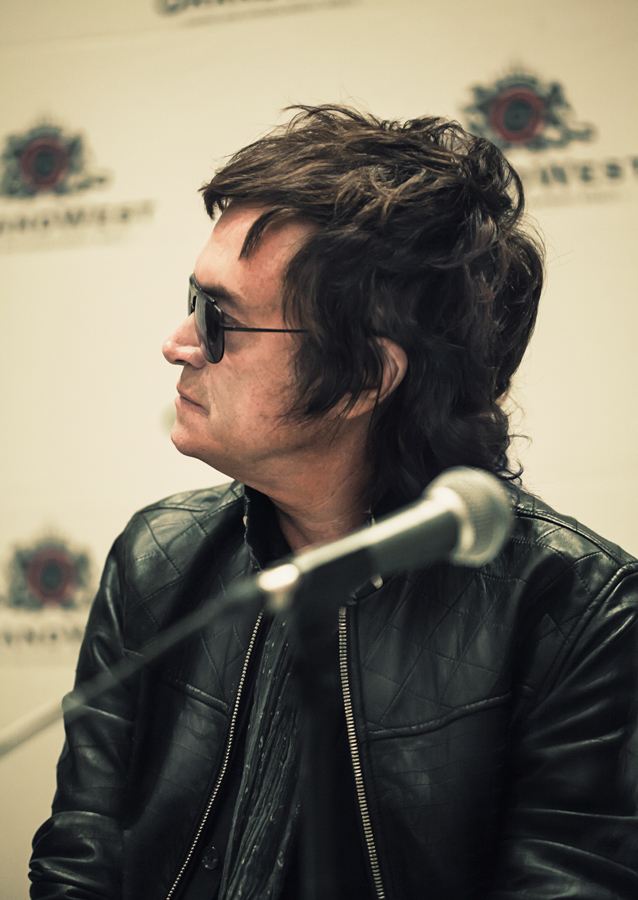 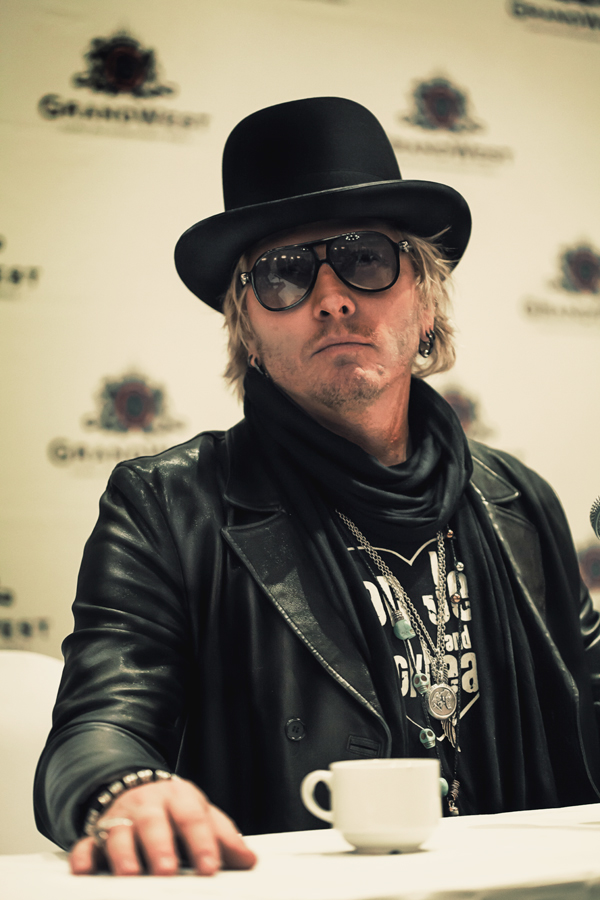