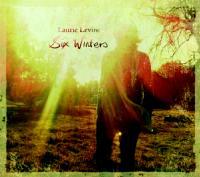 Laurie Levine`s voice fuses childlike playfulness with maturity, a combination that evokes a wide range of emotions; a voice that is simply unique in its ability to engage the listener. Laurie’s catchy folk tunes are reminiscent of what you’d expect to be coming from world class contemporary folk acts the likes of Katie Melua, Lucinda Williams, Alison Krauss, Diana Krall and Emmylou Harris.

Laurie Levine`s third album “Six Winters” has just been released through Rhythm Records. Laurie`s blend of American roots music and the ‘Nu-Folk’ sound has earned her critical acclaim and a growing audience. She has twice been nominated for a SAMA (South African Music Award) in the Adult Contemporary category and she has just returned from the Grahamstown Arts Festival with a Standard Bank Silver Ovation Award for her performances there.

“Six Winters” sets a new benchmark on the South African scene for production standards, arrangement and songwriting in the female vocal genre. The combination of Laurie’s characteristic songwriting and producer Dan Roberts` unique engineering and dedicated production flair is cutting new territory and could very well head up a new movement leading us towards a rekindled appreciation of the power and the role in society of female story telling through music.

Dan Roberts, who worked with Laurie on her previous album as well, found a balance between a contemporary sound and Laurie`s love of folk music. Dan speaks about the way they found the ‘voice’ of the album: “Laurie arrived with a selection of songs that had taken her writing to a new level, more exposed and lyrically the strongest set I’ve heard from her so far. There’s a lot of pain there, but extraordinary beauty too. Laurie had also been listening to some old sounds, early dust bowl depression era and such, but at the same time we both love contemporary electronica, so we settled on what can be best described as a: ‘the future is yesterday’ approach. We put together a string ensemble: violin, cello, mandolin, banjo, baritone guitar, junk shop autoharps, accordion and piano and threw that into the ring with, what is known in the trade as: ‘retro electronica beats’ – added some real percussion and ended up with a kind of Appalachian – loop station approach. There’s a pulse there, but a delicacy too. I’m really happy with where we ended up and I hope it gets the airing it deserves.”

The songs on “Six Winters” were created in a deeply personal space and the album was written over the length of a year.  Laurie comments on the writing process: “A lot of the songs came to me in pieces that were put together and completed over a period of time. A song is only finished when it is ready and often it takes you by the hand and leads you to its completion. The process is mysterious and hard to grasp, but you have to let the song speak its truth.”

Laurie’s recordings have been supported by a strong live presence for the last few years, predominantly in and around South Africa, but also in recent years outside of the country. In 2009 she performed at the World Economic Forum in Davos, Switzerland. She opened for Rodriguez in London, and for Joe Jackson in South Africa. She has also performed at some of South Africa’s premier music events and festivals, including, amongst others: Oppikoppi, the Joy of Jazz Festival, Splashy Fen, Levis Vintage Sundays, Mr Price Pro, the White Mountain Folk Festival and FORR Music Festival in Mozambique.

“Six Winters” is a beautiful album that has a knack of creeping in under one`s skin. Layered with a fresh flow of emotions and musical intelligence, this album is a jewel of a find.