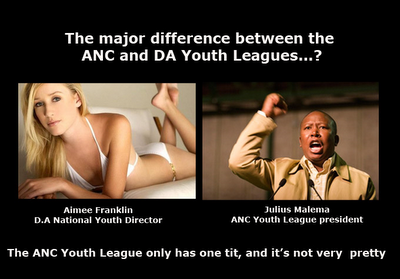 2003 – Passed Grade 12 with distinction
2008 – Completed the National Diploma in PR Management with distinction
2008 – In October 2008, she began a soup kitchen in Hillview, Lavender Hill, in an attempt to meet the basic needs of the impoverished community. She is hoping to expand this to include an education component for the youths at risk in the area this year

His school career was undistinguished and he failed two high school grades as well as several subjects in his final secondary school examination. He eventually finished high school at age 21.