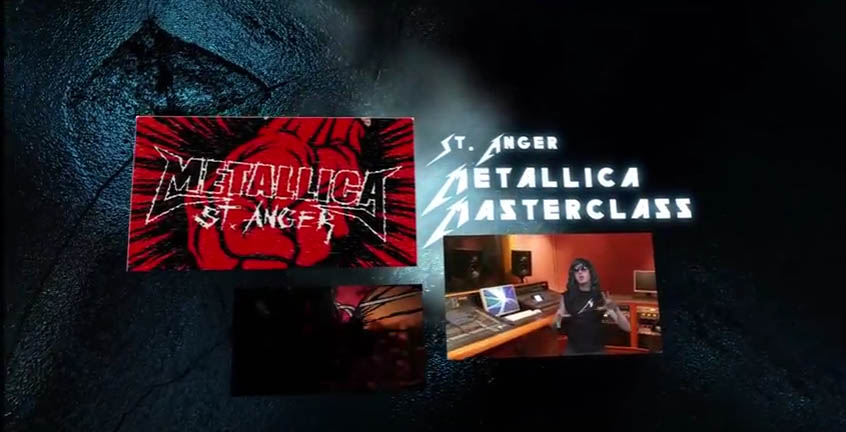 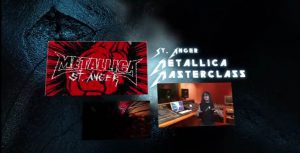 Today we get to that uncomfortable part in Metallica’s history where they left fans somewhat baffled and dived. St. Anger was released in June 2003 at the end of a turbulent two-year period in which bassist Jason Newsted left the group, front-man James Hetfield went for a lengthy stay in rehab for alcohol abuse and “other” addictions and the entire band threatened to break apart. The even released a documentary on DVD during this period, Some Kind Of Monster, where they got all emotional and had a little cry. Dark times indeed.

St. Anger’s, lo-fi production, lack of guitar solos and unorthodox sound were not well-received by many of the group’s fans, especially wannabe drummers who literally could not even get over the tinny snare sound. Some regard St. Anger as Metallica’s worst album. Despite this, it sold more than six million copies worldwide. Luckily Metallica is releasing their brand new album, Hardwired… To Self-Destruct! to right all their wrongs. Some fans even went as far as re-recording St. Anger album in its entirety from the ground up. (details below our Masterclass video)

If you look at the bigger picture, a little wobble with one album for a band who’s career spans almost 35 years, is not that terrible at all. With all that is said and done, we welcome you to the eighth Metallica Masterclass webisode as Brad ‘The Madman’ Dillinger takes us through 2003.
Subscribe to our YouTube channel to get immediate updates as and when we release new content.
Catch yesterday’s episode over here in case you missed it. We’ve got two more to go!
#MetalUpYourAss

According to The Pulse Of Radio, METALLICA’s controversial St. Anger album has been re-recorded in its entirety by two fans who have called the project #STANGER2015. The fans, Chris D. and Dave C., issued a statement saying, “Recorded during a turbulent time in the bands career, ‘St. Anger’ has always divided opinion. Some longtime fans were turned off by the drop tuned riffs and raw production, whilst some listeners embraced it, myself included. #STANGER2015 is for the listeners who weren’t so fond on the record back when it was released in 2003.”

The pair added, “Recorded from the ground up, the album has been shortened by 15 minutes, yet every riff and lyric is intact, resulting in a more concise and focused record. The production is also more conventional, and we hope that METALLICA fans appreciate this new version of an album that is always looked at as an anomaly in the incredible career of the world’s biggest metal band, METALLICA.”

The statement concluded, “Absolutely no money has been made from this project, and it has been created out of love for one of our favorite bands of all time. There will be no download links or alternative streaming options aside from this singular YouTube video.”

Give it a listen. They did an amazing job!